Our government is traumatizing immigrant families and communities. We can’t be silent.

Seventy years ago, the US signed on to the Universal Declaration of Human Rights, vowing to recognize individuals’ rights to protection from arbitrary interference with family life and the right to seek asylum from persecution.

Today, these fundamental rights are under assault. 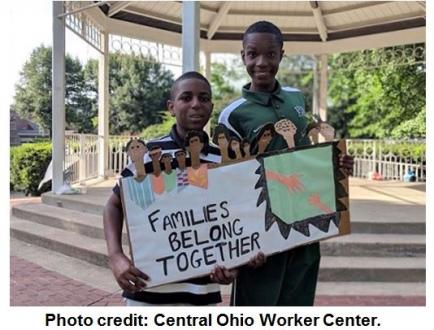 Seventy years ago, the US signed on to the Universal Declaration of Human Rights, vowing to recognize individuals’ rights to protection from arbitrary interference with family life and the right to seek asylum from persecution.

Today, these fundamental rights are under assault.

Earlier this month, the United Nations’ Office of the High Commissioner for Human Rights condemned the Trump administration’s policy of separating immigrant families at the border as a violation of human rights and international law. The inhumanity of tearing children from their parents is horrifying, and further traumatizes families who have come to the United States seeking a better life together.

Attorney General Jeff Sessions issued a ruling this week that would make it virtually impossible for asylum seekers who fear domestic violence or gang violence to enter or stay in the United States, disparaging the asylum process as “saying a few simple words – claiming a fear of return – is now transforming a straightforward arrest for illegal entry and immediate return into a prolonged legal process.”

Separating families and making it harder for people to claim asylum in the US are just the latest moves in this administration’s persecution of immigrants, refugees, and people of color. Aggressive and arbitrary immigration enforcement stokes widespread fear among new legal residents, like the Dreamers, as well as millions of long-time legal residents and undocumented immigrants.

Just this week in California, a legal resident who has lived in the US for almost 50 years was arrested outside his home on the basis of a 17-year-old misdemeanor and now faces deportation. Immigrant communities—undocumented and lawfully present alike—are afraid to interact with law enforcement, even to file reports when immigrants are victims of crimes like domestic violence, and access government services like food assistance. The administration’s travel bans and attempts to lock out refugees fleeing civil wars and violence are best understood in this context, too.

The administration claims it acts in the name of law and order. But justice isn’t served when human rights are violated, and our country isn’t safer when so many members of our communities live in fear.

Beyond any single policy decision, communities suffer when fear and uncertainty reign. The trauma of separating families, arresting and deporting people who have long lived in the US or sought refuge here, and creating a climate of fear reverberate across entire communities. For too many people, the damage that has already been done is irrevocable: lives uprooted and even ended, the trauma of separation, and time with loved ones lost. Traumatic experiences like these have a significant impact on child development, health, and wellbeing, and can linger for generations in families and communities alike. Healing the trauma communities are experiencing will require us to repudiate the policies that are tearing communities apart, and invest time and support in rebuilding the social fabric and sense of belonging that enables people to thrive.

There is much we can do now to reduce fear and suffering. We must reunite families who have been separated, reopen the asylum process to those fleeing violence in the home and on the streets, reject policies and rhetoric that violate human rights and erode the dignity of immigrants and people of color, and recommit to a vision of the future that everyone can share—an American story that leaves no one out.