The facts on junk food marketing and kids

The food, beverage, and chain restaurant industries say they’re on the side of health, but their actions show otherwise.

Experts agree that junk food is a huge contributor to skyrocketing rates of diabetes, high blood pressure, and even strokes. And food and beverage companies spend billions of dollars promoting unhealthy foods virtually everywhere kids go. The Interagency Working Group on Foods Marketed to Children (IWG) has proposed reasonable nutrition guidelines to help provide a model for companies that market to kids. Unfortunately, the food industry and media companies are working to get Congress to stop the IWG from finalizing these sensible recommendations.

Read the facts below and watch “We’re Not Buying It,” a video that exposes deceptive marketing to children, debunks industry claims, and highlights the latest research. When we put children first, the plan of action is clear: companies should market the foods that keep kids healthy, not sugary cereals and other junk food.  The IWG guidelines will help to do just that.

The food, beverage, and chain restaurant industry is
targeting our children with intensive junk food marketing

The food and beverage industry may say they’re on the side of health,
but their actions show otherwise

If we continue on this path, the future health of our children is not so bright

It’s time to stand up to big food companies and protect the health of our kids.
Ask President Obama to insure that voluntary guidelines for food marketing to kids are put into place. 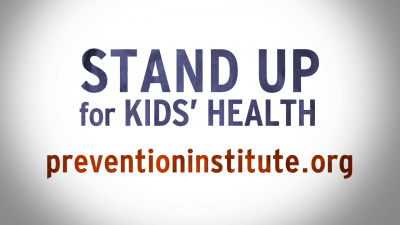