PI’s Policy and Advocacy Portal is a one-stop shop for the latest national policy news, advocacy opportunities, and resources relating to community prevention and health equity. Learn more about Prevention Institute's policy priorities, including our priorities for the Biden-Harris administration.

You can find the latest information on COVID-19 under Federal Policy Updates and PI's Advocacy Work.

The US rejoined the Paris Climate Accord and World Health Organization this week, following Biden’s inauguration. Other executive orders include reversing some of the previous administration’s attempts to loosen environmental regulations, extending a federal moratorium on evictions and foreclosures through March 31, including noncitizens in the US Census count to ensure a full and fair count, pausing student loan payments, lifting the previous administration’s restrictions on diversity trainings, and passing executive orders on immigration enforcement and Deferred Action for Childhood Arrivals, including an executive order calling on Congress to provide a path to citizenship for undocumented immigrants.

A $1.4 trillion fiscal year 2021 appropriations omnibus to fund the government through September 30th 2021 and a $900 billion COVID relief bill have passed Congress. Here are initial highlights. The omnibus includes: $7,819,446,000 for the Centers for Disease Control and Prevention (CDC), representing a $125 million increase over the FY 2020 comparable level. CDC’s Racial and Ethnic Approaches to Community Health program will receive a $3 million increase over FY20; the National Center for Injury Prevention and Control will receive more than $5.5 million in new funding.  The bipartisan COVID relief compromise includes—

$166 billion for a new round of direct payments of up to $600 per adult and child for earners making up to $75,000 (or $1,200 for couples earning up to $150,000) with greater accessibility for 3.5 million people mixed-status families (the bill also restores eligibility for Medicaid and CHIP for Pacific Islanders living in the US under COFA;

an extension of the eviction moratorium issued by the CDC through January 31, 2021;

an increase in SNAP and child nutrition benefits;

December 11, 2020: The Senate approved a one-week funding bill to avert a government shutdown, while talks continue.

December 4, 2020: A bipartisan COVID-19 relief bill is gaining support on Capitol Hill. The bill would invest $908 billion in aid for state and local governments, federal unemployment benefits, child care, food assistance, vaccine distribution, and support for small businesses. There is growing agreement between the House and the Senate that COVID relief should be attached to the must-pass omnibus spending package. Government funding runs out on December 11, making it likely that Congress will first have to pass a temporary stopgap spending bill as they continue to negotiate omnibus and COVID relief details.

This week, the 9th U.S. Circuit Court of Appeals upheld an order blocking "public charge" rules from going into effect in the multistate coalition challenging the rule change (California, Maine, Oregon, Pennsylvania, and the District of Columbia) and states involved in ongoing legal challenges to public charge that are before the 9th Circuit (Washington state).

November 3, 2020: The U.S. Court of Appeals for the Seventh Circuit issued an administrative stay of the November 2 Northern District of Illinois decision.

November 2, 2020: A federal judge from the Northern District of Illinois ruled this week that the administration cannot implement public charge rules that would deny green cards to immigrants who've used public assistance.

October 19, 2020: A federal judge struck down an administrative rule that would have implemented stricter work requirements on millions of able-bodied adults without dependents who receive Supplemental Nutrition Assistance Program benefits.

October 16, 2020: The Supreme Court ruled that the 2020 Census count could be halted ahead of schedule, with data collection stopping on October 15.

September 22, 2020: In a bipartisan vote, the US House of Representatives voted to fund the federal government through mid-December, which would avert a government shutdown. This continuing resolution would extend the pandemic Electronic Benefit Transfer program for all families whose children are not receiving school meals, Temporary Assistance for Needy Families, and renew assistance for childcare programs, community health centers, emergency public health and transportation funding, and aid for farmers.

September 1, 2020--The Centers for Disease Control and Prevention issued a temporary ban on evictions when renters are unable to cover rent due to the COVID-19 pandemic.

August 19, 2020--A United States District Court judge blocked the rollback of a rule affecting healthcare for transgender people, arguing that the rule appears to be incompatible with a recent Supreme Court decision barring discrimination against transgender people in employment.

August 17, 2020--A 2nd Circuit judge narrowed a nationwide injunction on the Department of Homeland Security's public charge to apply only within the 2nd Circuit's jurisdiction (New York, Connecticut, and Vermont).

July 31, 2020--The US House passed a $1.3 trillion FY21 spending package that includes funding for Commerce-Justice-Science, Defense, Energy-Water, Financial Services, Labor-HHS-Education and Transportation-HUD. The package also includes emergency funding for public health departments, infrastructure programs, housing, and other priority issues. The bill is not expected to be taken up by the Senate.

July 29, 2020--The District Court for the Southern District of New York issued a new temporary injunction against the DHS Public Charge rule that blocks the rule from being implemented as long as the US is under a national emergency for COVID-19.

July 24, 2020--The Department of Housing and Urban Development repealed the Affirmatively Furthering Fair Housing rule and replaced it with a weaker rule that loosens requirements on jurisdictions to promote access to fair housing.

A 120-day moratorium on evictions, passed as part of the CARES Act in March, expires today. This expiration puts approximately 12 million US adults at risk of eviction in coming weeks.

Senate Republicans are expected to release their version of COVID-19 relief bill on Monday, following negotiations with the White House.

July 21, 2020—President Trump signed a memo directing Commerce Secretary Wilbur Ross not to count undocumented immigrants in the 2020 US Census, a move that will affect political representation, funding, and data collection.

July 15, 2020—The House Appropriations Committee has sent all 12 of their FY21 funding bills to the floor with the goal of approving almost all of the bills by the end of the month before August recess. Timing in the Senate is still unclear and a continuing resolution is anticipated in the meantime.

June 26, 2020—The House of Representatives passed a police reform bill that would ban the use of chokeholds and no-knock warrants, make it easier to prosecute law enforcement officers who injure or kill civilians, and devise a better system for tracking police misconduct. The Senate is unlikely to take up the reform bill.

June 18, 2020—In a 5-4 decision, the US Supreme Court found the administration does not have a sound legal basis to end the Deferred Action for Childhood Arrivals program, in which approximately 650,000 young immigrants are enrolled.

May 18, 2020—The House passed the HEROES Act, a $3 trillion relief package that would provide financial aid to state and local governments, renters, food assistance programs, and more. The Senate is not expected to consider the bill.

May 12, 2020—House Democrats are expected to vote on Friday on the Heroes Act, a $3 trillion spending package that would include $875 billion for state and local governments facing budget deficits; $20 billion for tribal nations and US territories; $25 billion for the US Postal Service; $100 billion in rental assistance and $75 billion in mortgage relief; stimulus checks for individuals; and funding for small businesses.

April 22, 2020—The new relief package with funding for hospitals, testing, and small business loans has passed the Senate and is expected to pass the House on Thursday.

April 21, 2020—Congressional leaders have reached a deal with the White House on a $484 billion relief package that would increase funding for hospitals, testing, and the small business loan program. The Senate is expected to pass the bill on Tuesday.

April 15, 2020—A federal court struck down the US Department of Agriculture's 2018 school meal rule change that rolled back nutrition standards for sodium, whole grains, and dairy products.

April 2, 2020—House speaker Nancy Pelosi announced the creation of a new select committee to oversee the COVID-19 response and use of stimulus funds.

March 31, 2020—The Centers for Disease Control and Prevention are considering recommending that Americans wear masks in public to limit transmission of COVID-19.

March 26, 2020—After days of negotiations the Senate has passed a $2 trillion bipartisan deal as part of phase 3 of the federal coronavirus response. The House will take up the bill on Friday morning, March 27th. The Coronavirus Aid, Relief, and Economic Security (CARES) Act (S. 3548) provides emergency healthcare and economic assistance for individuals, families, small businesses, and impacted industries, including:

March 23, 2020—Procedural votes on the third phase of the COVID-19 response have failed in the US Senate, as of Monday evening, over differences in how to approach economic relief for individuals and families, and impacted industries. Democrats want more restrictions on how funds can be used by impacted industries and greater direct benefit for workers, and want greater aid and expansions in relief efforts, including access to paid sick leave, for individuals and families. Negotiations are ongoing. In the meantime, the House is putting forward their own COVID-19 response package.

March 19, 2020—Negotiations are currently underway on a Phase 3 economic relief package that seeks to inject over $1 trillion for industries and individuals. Proposals to date by the administration and both parties of Congress include: issuing two direct payments to Americans starting April 6; stimulus funding to impacted industries including airlines with requests by Democrats that those funds be targeted at workers and not for stock buy-backs or executive compensation; and efforts to further expand paid leave benefits for those that are not covered under Families First.

The Office of Management and Budget (OMB) sent a request to Congress for an additional $46 billion in emergency supplemental funding for federal agencies to combat the coronavirus outbreak, including:

March 13, 2020 - President Trump declared a national emergency in response to COVID-19 to increase the powers of the Department of Health and Human Services (HHS). This allows HHS to waive certain requirements and bypass regulations in an effort to speed up the healthcare sectors ability to respond.

March 6, 2020 - As Phase 1 of the federal response, President Trump signed the Coronavirus Preparedness and Response Supplemental Appropriations Act, 2020 (H.R. 6074) into law. This $8.3 billion emergency supplemental measure triggered the flow of cash to federal agencies and states working to combat a rising number of coronavirus cases in the U.S.

Other notable federal actions
The Public Charge Rule will not count towards COVID-19 testing, screening or treatment--USCIS Alert.
US Immigration and Customs Enforcement will focus its arrests and detention efforts on “public safety risks” and use alternatives to detention.
The Department of Housing and Urban Development (HUD) will suspend foreclosures and evictions for mortgages insured by the Federal Housing Administration until the end of April. Fannie Mae and Freddie Mac have also been ordered to suspend foreclosures and evictions for “at least 60 days”

The House and Senate have finally agreed upon and passed a $1.4 trillion FY2020 budget. The President is expected to sign the spending deal on Friday, December 20th before government funding runs out. Highlights include:

Prevention Institute works with partners across the country and develops resources to promote upstream, equity-oriented prevention policies and practices. 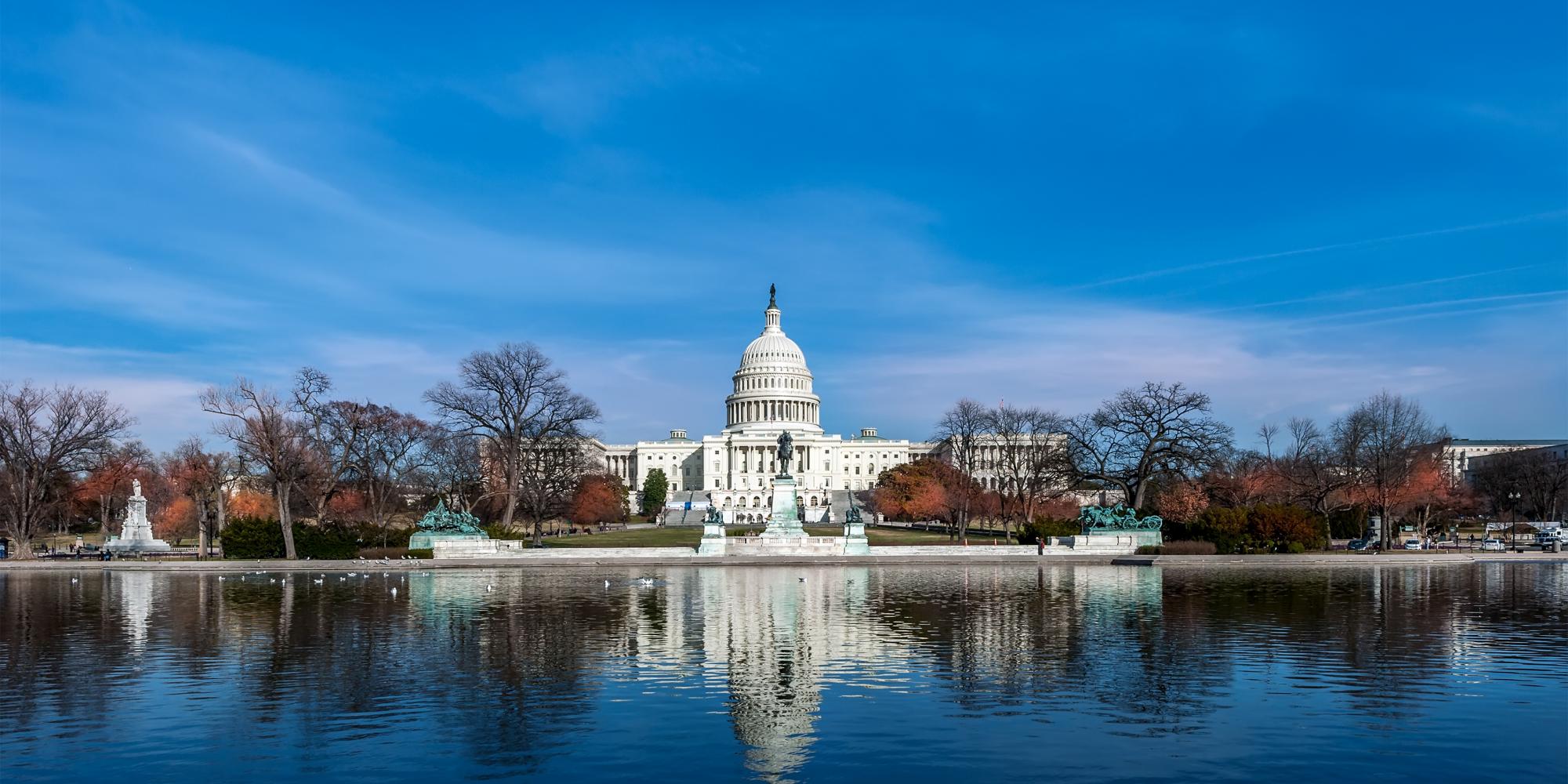