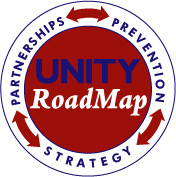 Cleveland, OH: Mayor Frank G. Jackson
PREVENTION ‘MAKES SENSE'
According to Natoya Walker, Special Assistant to the Mayor for Public Relations, Cleveland Mayor Frank Jackson is providing strong leadership for violence prevention in Cleveland. Prior to becoming mayor, Jackson was a city councilmember for 16 years, and has been a long-time advocate for prevention programs for young men.  As Mayor, one of the first things he implemented was a "One Voice, Zero Tolerance" initiative declaring zero tolerance for youth crime and youth violence coupled with support for young people. In order to continue to build momentum for violence prevention, Mayor Jackson consistently speaks about a prevention approach to youth violence as "making sense" and discusses the value of prevention from a quality of life perspective. Further, Mayor Jackson makes the economic case for violence prevention. Walker describes, "If kids are not going to school and not being prepared to enter college, a tech school or a job, they cannot contribute to our tax base. You either invest in this, or in five years the numbers of youth not prepared will continue to increase." The mayor has led the way by organizing the police department and the public school system to come together and develop a plan to align resources for youth violence prevention and engage a wide range of partners. He meets regularly with nonprofit groups, school district representatives, the Chief of Education and officials in the recreation department to ensure that resources are aligned for this issue. Mayor Jackson builds on existing relationships and works to establish new relationships in order to garner support for violence prevention.

Minneapolis, MN: Mayor R.T. Rybak
USING THE BULLY PULPIT
Under the leadership of Mayor Rybak, Minneapolis is taking action against youth violence. By using the Mayor's bully pulpit, the issue of youth violence has been brought to the forefront in Minneapolis. The Mayor and City Council approved a resolution recognizing youth violence as a public health problem. Recognizing that government alone cannot eliminate youth violence, the City used a community foundation to convene the Mayor's Youth Violence Prevention Steering Committee. The Mayor's Committee consulted with various national experts, reviewed best practices and met with Minneapolis young people over 8 months.  These efforts resulted in the Blueprint for Action: Preventing Youth Violence in Minneapolis. The Blueprint program was launched at a lunchtime panel led by youth in a standing room only audience of over 800 people. The 4 major areas of work outlined in the Blueprint include: 1) every child has an adult invested in them 2) helping children at risk 3) when a child is off track, helping him get back on track and 4) change the culture of violence. Mayor Rybak's acknowledgment of the problem and his leadership of the issue have helped advance violence prevention efforts in Minneapolis.

St. Louis, MO: Mayor Francis Slay
BUILDING POLITICAL WILL
High level leadership can play a crucial role in building political will.  In the experience of Robbyn Wahby, Executive Assistant for Education to Mayor Francis Slay of St. Louis, someone of the stature of a mayor declaring that "the time to do [prevention] is now" has been very powerful in generating broad support. Further, Wahby describes what is needed from the Mayor or other political figure as a "moral imperative" to address prevention. For example, Mayor Slay has taken leadership on some key issues to build awareness and support and to mobilize resources for prevention, including steadily building political will to improve the public school system. He enacted tax initiatives, building public understanding of the issue and bolstering visible public support for violence prevention. In 2004 he ran a campaign for the Community Children's Services Fund, also known as Proposition K, to put resources into programs for children by framing the issue to build broad public support. In addition, St. Louis recently passed Proposition P to improve parks and recreational facilities, another primary prevention strategy. Partnerships, initiated and supported by strong leadership, have also been key in building political will. In St. Louis, Wahby has seen the importance of linking public entities such as schools, law enforcement and community-based organizations since these connections generally do not form naturally. She also speaks to the importance of soliciting support from powerful leaders in these sectors to build political will. She suggests forming partnerships with those directing these agencies, "with someone who is in charge and gets momentum going." In addition, Wahby relays the need for staffing and resources to facilitate coalitions of this nature and maintain the momentum for moving forward. She suggests using incentives to encourage people to come together.

Through her work with the mayor's office, Wahby relays her experience that there are many special interests involved that can build political will against what you're doing. Sectors are always competing for resources, and because of this it takes time to build broad political will amongst multiple constituencies. Working toward a similar vision can help. The mayor's team learned what is not effective when they tried to push forward dramatic and rapid school reform without first building support from other sectors; they were met with resistance from many different groups that prevented them from making the changes they wanted. This experience taught them to take the time to build broad support among the relevant constituencies before attempting to push through drastic changes. Since then, Mayor Slay has been effective at bringing people from different sectors together to work for a common vision of youth violence prevention. In particular, he has created task forces and a commission on children youth and families which he meets with regularly ensure that there is coordination and not competition across the different groups.

Tucson, AZ: Mayor Bob Walkup
APPROACHING VIOLENCE PREVENTION WITH A LEGACY MINDSET
Tucson Mayor Bob Walkup is laying out a legacy plan - The Mayor's Global Alliance for Community Wellness - which explicitly acknowledges the importance of focusing on long-term efforts that will reap benefits for the city long after the Mayor's term. The priorities in his legacy initiative are safety, violence prevention, substance abuse prevention, physical health and emotional health.